When Are The Police Allowed To Pull You Over? 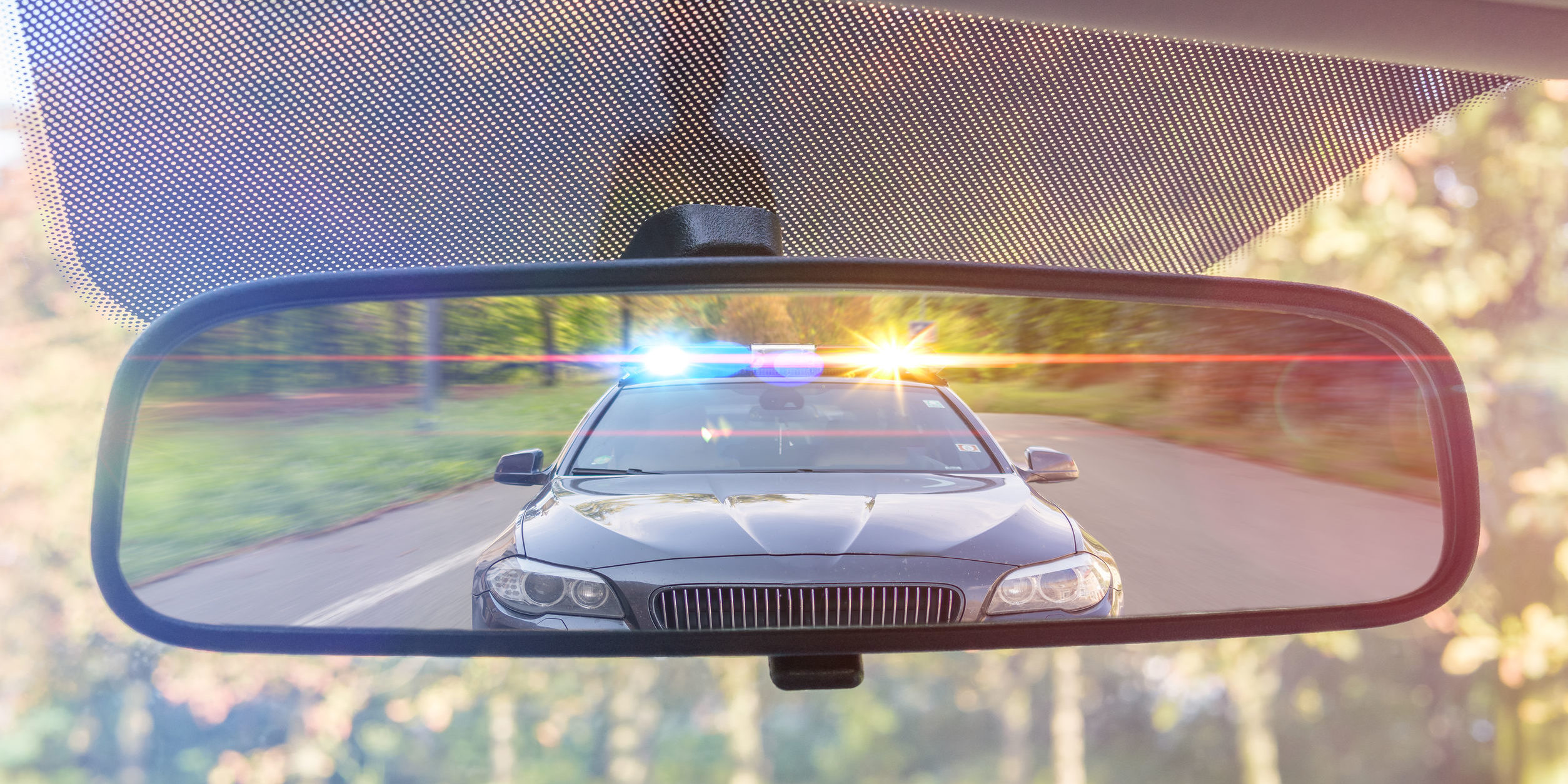 There is nothing worse than seeing the red and blue lights behind you in the review mirror.  It strikes fear into the hearts of everyone.  But are you being pulled over legally? This is a very important topic when it comes to being charged with crime.  One of the major factors in your case can be whether the police violated any of your constitutional rights when detaining you.  In the context of the roadway this means did the police act legally when they decided that they were going to pull you over?

The reason this is such an important question is that if your constitutional rights have been violated the court should throw away all the evidence that was gathered as a result of the violation.  If the evidence against you excluded, this almost always means that the case against you will be dismissed.

How Does The Constitution Protect You? Can The Police Pull You Over For No Reason?

The Fourth Amendment to the United States Constitution guarantees the right of the people to be free from unreasonable searches and seizures.  US Const Amend IV.  In fact, the Michigan Constitution also protects us in this way. Mich Const 1963, art 1, § 11.  The United States Supreme Court has clearly stated that a traffic stop is a seizure under the Fourth Amendment. Delaware v. Prouse, 440 US 648, 653 (1979). So the question is when is a traffic stop unreasonable?  The police can’t just pull you over for no reason.  However, the unreasonable standard has gotten diluted year after year as the police and our government has cracked down on more and more of our freedoms.

It is easier to determine what the police can’t do, by first defining what it is they can do.  First, the police are allowed to pull you over if they determine that you have committed a traffic violation. And when I say determined I mean that they must have objective observations which lead them to have a reasonable suspicion that you have violated law.  Violating the law is not limited to misdemeanors and felonies, but also any traffic violation or civil infraction.  Most people assume they are not breaking the law when they are driving, but it should be noted that there are scores of laws that seem like they are never enforced, but then all of sudden seem to be taken seriously when the police pull you over under some type of pretext.  I’ll review a few of the common ones.

These are just some of the voluminous traffic laws that a lot of people violate every day without any problems.  However, all the police need is a valid reason to pull you over.  It does not matter what their intent is as long as they have valid reason.  So if it is late at night and you are diving along in the left lane, and the police pull you over and then smell alcohol on your breath and suspect a DUI or marijuana in you car, its too bad for you.  The stop did not violate your constitutional rights.

The next way police can pull you over is through reasonable suspicion that the person being stopped was engaged in wrong doing.  So if the police receive a tip, based on observations that can be corroborated, they are allowed to pull you over.  This can come in form of phone calls from other drivers on the road or even from persons who may have saw you enter a vehicle and drive away after a party or an argument.

Finally, the police can also pull you over if there is a current warrant for your arrest.  Under Michigan law, police do not have to wait for you to commit a traffic violation or have reasonable suspicion that you may be involved in committing some other crime.  Police can pull you over and stop you if you have an active warrant.   They can arrest you right there and usually conduct a search incident to the arrest.

What To Do If You Are Pulled Over

As I have stated, the police are allowed to use minor traffic violations as a pretext to pull you over.  They do a lot.  If its late at night and the suspect that there might be a good chance that you have been drinking or that you have contraband in your vehicle, you can bet that they will follow you and attempt to observe any minor thing that you do wrong so that they can pull you over.  So how can you protect yourself? You have to be extremely mindful of your own driving.  Don’t speed, don’t travel in the wrong lane, pay attention so you don’t weave, always use your turn signals, and make sure that your car is working properly.  Also don’t text and get distracted by phone calls, eating, or conversations in the vehicle.  Remember the police can’t pull you over for no reason.  If they do you can challenge it in court. But if they actual find you doing something wrong, the stop will stand.  So drive careful.

What To Do If The Police Pull You Over For No Reason?

If the police actually pull you over for no reason, then you should do what you would always want to do after being pulled over.

By doing these things you may prevent the police from arresting you.  Even if they do arrest you this gives your attorney the best shot at getting any charges against you dropped.  If you start talking, making a scene or committing more crimes after the stop, you will have an uphill battle in getting the court to drop your case.

If you have been pulled over for no reason or if you the police have arrested and charged you after having stopped you while driving, please give our Lansing criminal defense attorneys a call at (517) 347-6900.  You will need help defending your case and getting your charges dropped.