The Sleeping Driver or Motionless Vehicle and Drunk Driving in Michigan 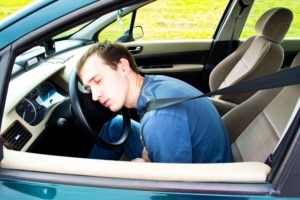 The short answer for Michigan is YES.  This is a very controversial topic and if you have been charged with a DUI while sleeping or motionless,, you need to hire a DUI attorney in Michigan to make sure you get a fair result.    For many years, it was the law that a person sleeping in a motionless car cannot be found guilty of operating a motor vehicle.  This sound public policy finding of the Supreme Court in People v Pomeroy, 419 Mich 441 (1984) has been overruled. The Pomeroy case found that if you were sleeping, you could not be operating a car given there was no evidence beyond a reasonable doubt that the subject had been driving visibly impaired earlier. This ruling was modified in the case of People v Wood 450 Mich 399 (1995).  In that case, the defendant was asleep behind the wheel in a drive-in restaurant.  The engine was running, his foot was on the brake and the vehicle was engaged in drive.  The court held that even though the defendant was asleep, the vehicle was in a position of posing a significant risk of harm.  Therefore, the defendant was considered to be operating the vehicle even though he was asleep and there was no evidence of prior driving while visibly impaired.

Prior Sleeping Driver and Drunk Driving Cases in Michigan

There have been several cases interpreting the sleeping driver scenario.  In People v Burton 252 Mich App 130 (2002), the court found that the prosecution failed to prove that the driver intended to operate the vehicle sometime in the future intoxicated.  In this case, the car was running but was not engaged to operate.  In cases where there is evidence that the driver operated the vehicle intoxicated prior to the police arrival, a conviction can be sustained. In People v Stephen 262 Mich App 213 (2004), the defendant was found behind the wheel of the car glassy-eyed.  The engine was not running but there were indications that the defendant had attempted to dislodge his vehicle just before the police arrived and there are cases where the words of the defendant spoken to the police provide evidence of prior drinking.  For example, in one instance the driver told the police he was driving and then pulled over to sleep off the effects of the alcohol.

Do Not Talk To Police or Answer Questions Without an Attorney 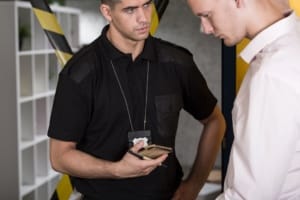 In the case of the sleeping driver, the police will almost always question the driver about previous driving.  They are hoping that you make a mistake and admit that they were driving previously.  They will ask questions such as: How did you get here?  Did anyone drive you here?  When was the last time you drove? The police will often feel the hood of the vehicle to see if it is warm or feel a can of beer to see if it is still cold.

When waking up a sleeping driver, the driver is of course confused and the answers can appear to be sluggish or slurred.  It’s very easy for the police to take advantage and commit one of the 4 mistakes in an attempt to arrest you.  For this reason alone, a video or audio recording of the arrest is very important to the defense.  When the police actually speak to the defendant can be a crucial part of the defense.  If the questions come before an arrest or loss of freedom, Miranda will not apply.  If the questions come while under arrest or in custody, Miranda does apply and the statements of the defendant can be excluded.  Oftentimes, the evidence of prior driving or the future intent to drive while intoxicated comes from the defendant himself.

What Must The Prosecution Prove For a Conviction?

The prosecution must prove beyond a reasonable doubt that the defendant was intoxicated or impaired at the time of driving the vehicle’s operation. If it cannot be determined when the driving occurred, all other tests including the PBT, Data Master, and Field Sobriety Test are irrelevant.  The term motionless vehicle is when the defendant uses the vehicle as a shelter. If the person has not put the vehicle in motion or has returned the vehicle to a position of no risk of collision or property damage, it can be argued that there has been no operation and the case must be dismissed.

5 / 5 ( 1 vote )
Share this page
Share with FacebookShare with TwitterShare with Google+Share with Pinterest
Charged w/ a Crime and Need Help?
We have the knowledge, experience, and results to help keep you out of jail and get your life back on track. Get a free confidential case review now.
Don’t Settle. Get Top-Notch Defense.